China's recent central state mandate to transform 20% of urban land into urban ecological protection areas precipitated one of the largest urban-agrarian transformation on earth.  My first book project, Ecological States:  Politics of Sustainable Urbanization in China, traces the roots of environmental land classification policies through the global interconnections of China's premier ecologists.  These ecologists shaped the state's green modernization campaigns, which are collectively referred to as "ecological civilization building."  Alongside this environmental genealogy, I illustrate how comprehensive urban-rural planning, emerging from this modernization platform, extends the reach of the municipal state through green governance relations that intersect with state-private interests. Uneven valuations of village land and housing shape the politics of displacement and livelihood transition for villagers incorporated into urban conservation projects. This project is based on mixed methods and multi-sited research in three cities of Southwest China from 2014-2018 that included government officials, environmental scientists, villagers, resettlement complex migrants, and archives. This research has been supported by the Chiang-Ching Kuo Foundation for International Scholarly Exchange, the Fulbright Association, the Institute for International Studies, and the Social Science Research Council, among others. I maintain ongoing research collaborations related to this project with Sichuan University's School of Public Administration and Land Resources.

China is the world's largest producer and consumer of seafood, with its Southern cities in particular cycling distant water catches from around the world. My second book project,  Urban Oceans: Consumption, Conservation, Contested Sovereignties, traces the global reach of China's urban demand for highly valued and endangered oceanic life.  In the wake of campaigns to limit consumption of shark fins in China, the consumption of fish maw, a dried fish organ from large species valued for medicinal, beautifying, and nutrient properties, has risen drastically.  To elucidate the global interconnections of urban China with the ocean, I trace the sprawling contours of tastes, sovereignty, and environmental governance surrounding ocean wildlife. My research links upper-class palettes of urban China with global trading networks, labor on the high seas and U.S. Mid-Atlantic fisheries, and politics of taste in New York City. Urban Oceans will demonstrate that crucial aspects of sustainable urban development lie in intimate urban relationships that span the world's oceans. In doing so, I redefine the "urban" while centering China at the heart of global ocean governance and sustainable futures. For this project, I have partnered with WWF Hong Kong and the Therkildsen Conservation Genomics and Molecular Ecology Lab at Cornell University.  Additionally, I created the Sustainable  Maritime China Lab at Cornell University, which provides opportunities for undergraduate students to engage in research. 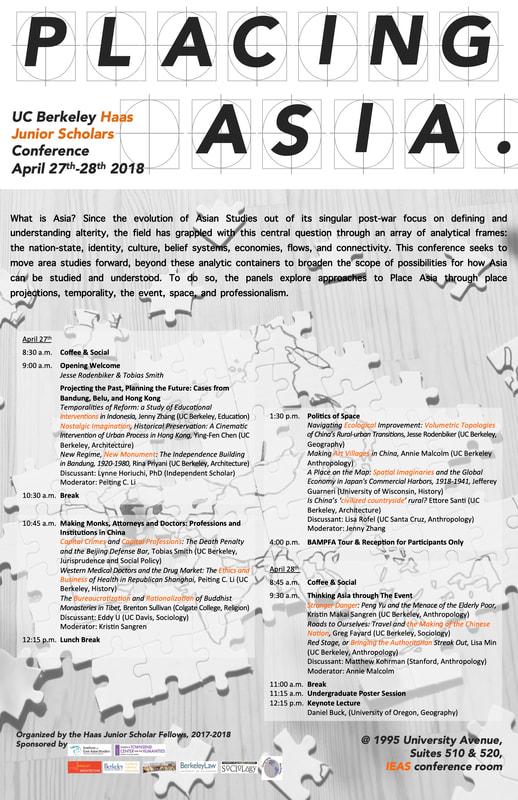 I have a longstanding interest in the ways that area, place, and space come to be constituted historically and through daily practices, particularly in relation to global China. In 2018, I co-convened an interdisciplinary conference including scholars across the social science and humanities on themes related to area studies broadly and Asian studies.  The description of the conference asked:

What is Asia? Since the evolution of Asian Studies out of its singular post-war focus on defining and understanding alterity, the field has grappled with this central question through an array of analytical frames: the nation-state, identity, culture, belief systems, economies, flows, and connectivity. This conference seeks to move area studies forward, beyond these analytic containers that have been used to explain how Asia comes to be constituted. To do so, the panels explore novel approaches to Placing Asia through place projections, temporalities, events, space, and professionalism.

Scholars who participated in this conference collectively engaged with a wide array of research materials that transected interdisciplinary and theoretical debates in effort to broaden the possibilities for how Asia can be studied and understood in global and regional contexts.